We are carefully coloring a poster in this week's Riddler. We want to draw horizontal lines with a marker in order to fill the poster with ink as evenly as possible. How far apart should each marker line be? We'll use numpy for a computational approach that minimizes the standard deviation of our coloring scheme.

Some friends have invited you to a protest, and you’ll be making a sign with large lettering. You’re filling in the sign’s letters by drawing horizontal lines with a marker. The marker has a flat circular tip with a radius of 1 centimeter, and you’re holding the marker so that it’s upright, perpendicular to the sign.

Since the diameter of the marker’s tip is 2 centimeters, you decide to fill in the letters by drawing lines every 2 centimeters. However, this is the pattern you get: 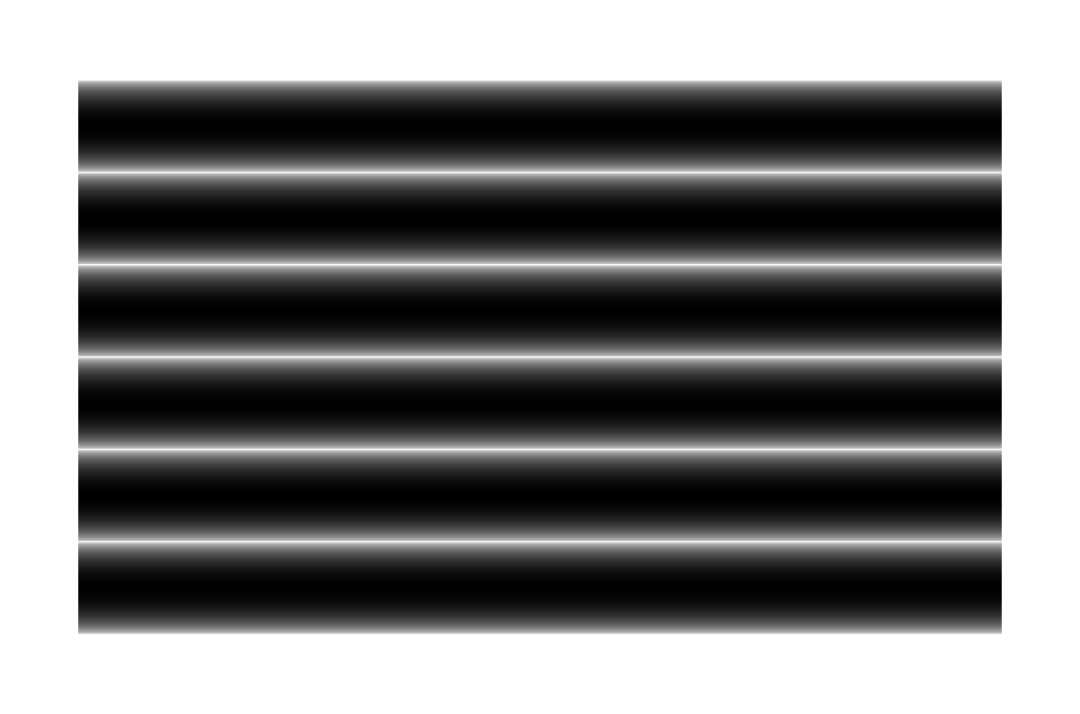 The shading doesn’t look very uniform — each stroke is indeed 2 centimeters wide, but there appear to be gaps between the strokes. Of course, if you drew many, many lines all bunched together, you’d have a rather uniform shading.

But you don’t have all day to make this sign. If the lines can’t overlap by more than 1 centimeter — half the diameter of the marker tip — what should this overlap be, in order to achieve a shading that’s as uniform as possible? And how uniform will this shading be, say, as measured by the standard deviation in relative ink on the sign?

The ideal spacing between marker strokes is roughly 1.7cm. Assuming you could be that precise, the standard deviation of ink should be roughly 0.217. I made the following assumptions in order to calculate this result.

I took a purely computer-based approach to solve this week's problem. While it's probably possible to write the equation for the lines in my chart above, it gets complicated quickly. Instead, I used numpy to simulate one million points across a vertical slice of the poster and tally the ink at each point on the slice.

I assumed the marker leaves ink on the poster in proportion to the slice of marker tip at each point. So the cross_section function is essentially the equation for a circle. The ink_weight function returns the array for the inset charts above, which is the basis for calculating the standard deviations. I added a quick plotting method called plot_ink as well to visualize any given spacing.

Finally, I used a list comprehension to calculate the standard deviation for 500 different spacing values from 1.0 to 2.0, and found the minimum at roughly 1.7cm.